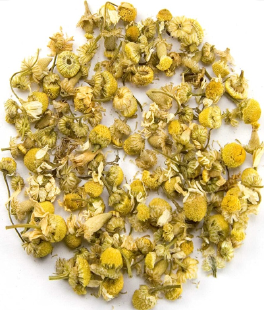 Iran Chamomile .The dried flowers of chamomile contain many terpenoids and
flavonoids contributing to its medicinal properties. Chamomile preparations are
commonly used for many human ailments such as hay fever, inflammation,
muscle spasms, menstrual disorders, insomnia, ulcers, wounds,
gastrointestinal disorders, rheumatic pain, and hemorrhoids.
Essential oils of chamomile are used extensively in cosmetics and
aromatherapy. Many different preparations of chamomile have been developed,
the most popular of which is in the form of herbal tea consumed more than
one million cups per day.